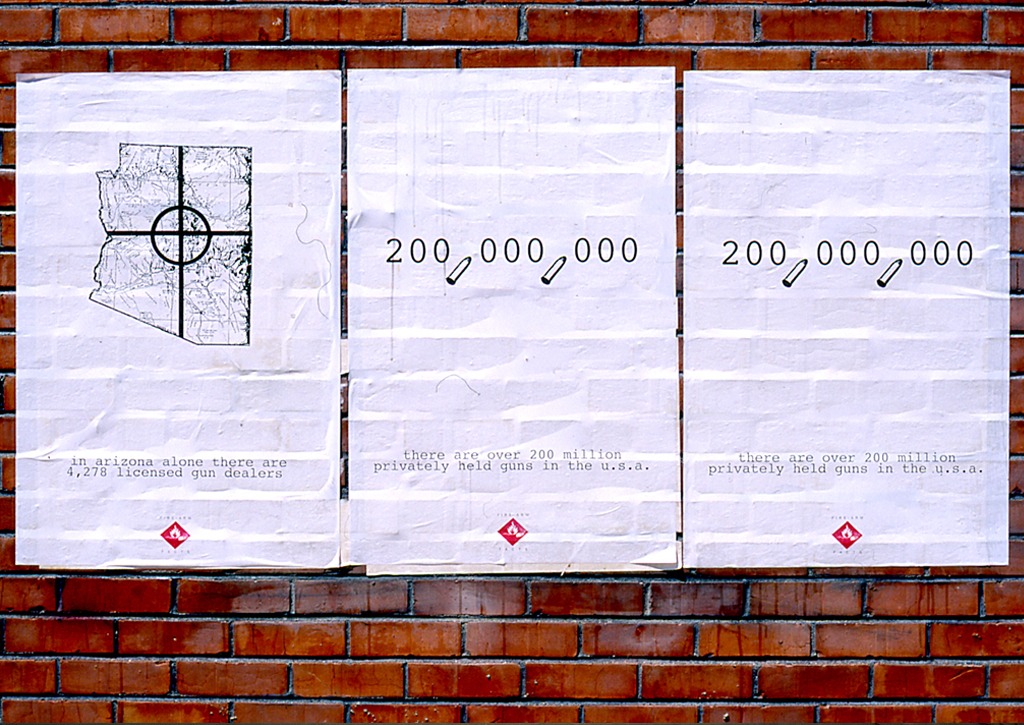 A series of six posters created to communicate facts about guns and gun violence in America. They were printed using the “black-line” process usually used to reproduce architectural plans in order to keep the costs down. The posters were then installed guerilla-style with wheat-paste in numerous location in downtown Tucson in groups of three different images per location.

This project received national attention and was featured in both How Magazine and in a hardcover book called the Design of Dissent.